Chemical Delignification is a common problem that goes largely undetected or covered up in Perth.

It will generally only be detected during the course of a Timber Pest Inspection or a Pre Purchase Building Inspection.

When identified on a pre purchase building inspection it can make or break the deal.

That is where Powerdrive Roofing comes to the rescue.

Powerdrive Roofing been working closely together with building inspectors and across Australia and especially in Perth now for many years now.

A Delignification Treatment was perfected and patented protected by Powerdrive Roofing using a timber hardening chemical to re strengthen the timber and enhance the structural integrity in your timber roof structure.

Whether it is for the settlement to go ahead or just for your peace of mind chemical delignification treatment should be put at the top of the to-do list when it comes to addressing structural defects.

What is chemical delignification?

Chemical delignification is I breakdown of lignin caused by salts and other chemicals being leached from the clay tiles by the timber battens and spreading through to other structural timbers throughout the roof frame. In order to understand delignification first we must understand lignin.

According to Wikipedia, “Lignin is a class of complex organic polymers that form key structural materials in the support tissues of vascular plants and some algae. Lignin is particularly important in the formation of cell walls, especially in wood and bark, because they lend rigidity and do not rot easily. Chemically, lignin’s are cross-linked phenolic polymers.” Also according to Wikipedia,

“A cell wall is a structural layer surrounding some types of cells, just outside the cell membrane. It can be tough, flexible, and sometimes rigid. It provides the cell with both structural support and protection, and also acts as a filtering mechanism. Cell walls are present in most prokaryotes (except mollicute bacteria), in algae, fungi and eukaryotes including plants but are absent in animals. A major function is to act as pressure vessels, preventing over-expansion of the cell when water enters.”

So as you can see, the Lignin is a vital part of any timber and Delignification which is essentially the breakdown of the lignin is quite obviously of Major Concern. If you are told any different from anyone, I would suggest you challenge it immediately and contact the staff at Powerdrive Roofing, we will be more than happy to assist. We have two separate independent laboratory tests carried in in 2020 that back us and will be happy to speak on your behalf to the relevant authorities in relation to Chemical Delignification. If you are being told Roof Battens are not a Structural Element, please read a little further down as we will also show you that is untrue.

Chemical Delignification is believed to be caused by a number of factors including high traffic areas and being close to industrial areas but as the report obtained by Powerdrive Roofing Perth and Inspect My Home shows the proven cause of Chemical Delignification in Roof Battens acting as a wick and leaching water, salts and other chemicals from the porous clay tiles, this causes the breakdown of the lignin which will appear as a fluffy or hairy substance on the external face of the batten, hence why it was once known as hairy timber.

Examples of Areas Prone to Delignification

Seaside areas, obviously airborne salts can attack timber. This process is accelerated for houses with clay or terracotta roof tiles, as any fretting tiles or spalling allows further amounts of salty contaminated moisture through to the Structural Roof Framing Timbers such as Roof Battens and Rafters.

It has been thought but not proven that high pollution zones, industrial areas or main arterial roads, airborne pollutants can accelerate or even cause Chemical Delignification, I suppose we could back that theory by saying that just about every home in Perth is located in a high pollution zone of one form or another.

Another believed the (unconfirmed) cause of chemical delignification is the release of gases into the roof loft space. This may include the slow combustion stove gases or perforations from ducting and flued gas appliances.

Older hot water systems located within the void or roof cavity space may also accelerate Chemical Delignification.
One thing is certain, the years of scientific studies backed up by the current lab testing that has been done in 2020 proves that the main cause of Chemical Delignification is the absorption of moisture into the Roof Framing below, it will start at the points of contact where the tile meets the Roof Tile Batten, otherwise known as the lug, also the where the base of the tile meets the top of the Roof Batten.

Is Chemical Delignification A Structural Defect?

Chemical delignification is a very common problem associated with Timber Roof Battens on clay or Terracotta Roof Tile homes when identified within the roof cavity whilst conducting a Pre-Purchase Building Inspection. Although Chemical Delignification will eventually affect all timbers in the roof frame, Structural Timber Battens, as mentioned above are connected to the Terracotta Roof Tiles and leech the moisture from the clay, the clay is carrying salts and other chemicals that break down the natural lignin in the timber. If for instance, a timber-framed roof had Structural Timber Battens and a Tiled Roof Covering, one could fairly assume that Roof Collapse could occur prior to Significant Delignification occurring to any more major framing members such as rafters.

Although Chemical Delignification has been previously associated with timbers with less than average durability the likes of Oregon, here in Perth we have witnessed first-hand that Chemical Delignification can occur to durable timbers such as Jarrah. Generally speaking, Jarrah has an above ground rating of durability 15-40 years, thus making many Perth homes susceptible to this risk. Now with the introduction of pine and other softwoods Chemical Delignification is taking hold a lot quicker and therefore needs to be addressed a lot quicker, don’t be fooled by the hand full of inspectors with unknown intentions trying to downplay the severity of the issue.

Although in hardwoods chemical delignification can take a number of years before collapse occurs, it will be classified as a MAJOR STRUCTURAL DEFECT whilst conducting a pre-purchase building inspection. It is not advisable to add extra live load to a roof cover when Chemical Delignification is identified, or you could risk the roof cover collapsing, or if there is an accident you will not be covered as a Major Structural Defect has been identified and ignored underneath.

Contact your home and contents insurer and ask them the question, “hi, I have just bought a home, it has had Chemical Delignification Identified, my inspector has said it is not a structural defect yet it is in both 4349.1 Pre purchase building inspection as a defect and it is also in the 4349.3 timber pest handbook as a Structural Timber Pest, but if I buy this home you guys will insure me won’t you since my trusty building inspector said its ok? “  I’m sure they would be jumping at the chance to insure a home with an identified Structural Defect and Timber Pest.

Is chemical delignification a timber pest? In short, YES it is.

As mentioned above, Chemical Delignification is in the 4349.3 Timber Pest Handbook, however, for some reason, it has been omitted from the pre purchase timber pest conducted for established properties in Western Australia. That does not change the fact that it is in fact a Structural Timber Pest, as it resembles white-rot fungus acting, in the same way, breaking down the lignin but in a chemical process rather than a fungus, combine that with the fact that it is also a structural defect in 4349.1 they really don’t have an argument. Anyway back to Chemical delignification is a Structural Timber Pest.

Chemical delignification similar to termites and other common timber pests, contrary to what some will try and have you believe with his little videos scraping back “the fluff”, Chemical Delignification attacks the timber and weakens it from the inside out, it will leave the fluffy appearance on the external face of the Structural batten as the lignin is forced broken down and forced out and once sanded can give the misconception that it is all fine and back to normal, but internally the structure is extremely compromised, again emphasizing several years of scientific research going up against one building inspector with an ulterior motive who has decided to do a youtube video and recruit a few other inspectors. What you need to remember these building inspectors are paid by you to source the defects in the home that you are potentially going to purchase, why are they so dead set against calling defects as they are, actually going out of there way to exclude defects (not just delignification) from their reports?

Chemical delignification is classed both as a timber pest and as a major structural defect and should be treated as a matter of urgency. If anyone tells you different contact Powerdrive Roofing Today, we are happy to fight the fight and do what is right for the homebuyers of Perth

Roof Battens Are a Structural Part of the Roof Framing.

Part of the job description of a Roof Tiler is to install the Roof Tile Battens, the rest of the roof frame is installed by the Roof Carpenters who must abide by timber framing 1684.2 and 1684.4 span tables.

The roof carpenter does not set out the final load-bearing part of the structure, that is left to the roof tiler in most cases, unfortunately, the latest trick by these shonky building inspectors is to try and claim that because the Roof Tile Battens are installed by a roof tiler and not a carpenter that they are actually part of the roof cover, not the roof frame, this would make them a non-structural item, nice try on their part. Well, the truth of the matter is as a roof tiler we are also bound by Australian standards. As2049 and as2050 for roof tilers clearly states we are to refer to part 3.4.3 please see below national construction code

Which is part of the 1684.2 and 1684.4 timber framing and span tables. And it guides you then as you can see from the next image to p2.1.1 performance requirement

It then explains structural stability and resistance to actions as shown in the final image.

So don’t be conned by these inspectors trying to have it written off as a major non-structural defect, here is all the proof you need, is a batten part of the roof structure? YES, WITHOUT A SHADOW OF A DOUBT A ROOF BATTEN IS PART OF THE ROOF FRAME AND ROOF STRUCTURE!

The simple fact that the lignin is the strength, the glue that binds the timber together and that is what is being affected, so it would be stating the obvious that the strength has been compromised/reduced as soon as Chemical Delignification is identified.

This is demonstrated below in TABLE F1 AS4349.1 pre purchase inspections

We have fought the fight with the shonky inspectors who are trying to pass this off as normal deterioration due to the age of the building.

Your home or potential home does not need to be at risk of imminent collapse for a structural defect to be identified, Contact Powerdrive Roofing Today stand up and fight, don’t let these real estate agents con you out of looking into it further so their precious commission isn’t affected, or the building inspectors who care more about getting referrals from the real estate agents than they do their own clients, they are willing to brush under the rug Major Structural Defects. Its time they were held accountable, its time the home buyers of Perth found out the Truth About Chemical Delignification. 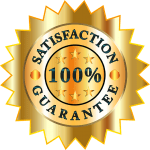