Is Chemical Delignification A Structural Defect? 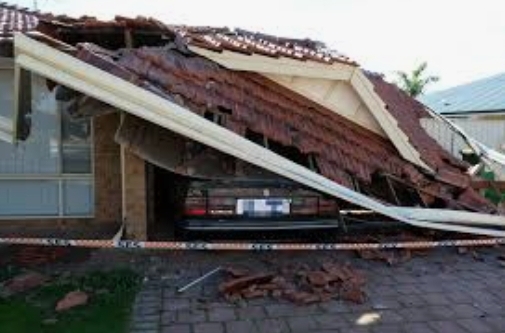 The Quick Answer Is YES, Chemical Delignification Is A Major Structural Defect!

Is Chemical delignification a structural defect? it is beginning to become a major topic across Australia and especially in Perth. Whilst trying my best not to bore you I will delve into the topic a little bit to give some background.

I personally have been involved with chemical delignification since 2006. As a roof tiler I was finding quite often we were replacing roofs across Perth because of this problem. I decided I would try and find a solution. At this time, the only information I could find was on google and that was quite vague.

Why Is Chemical Delignification a Structural Defect?

Chemical delignification in a pre-purchase report which is bound by Australian standards 1439.1. It is classified as a defect under material deterioration, it is even used as an example on page 30. (please see photo, line D, Material deterioration.).

So we have now established that Chemical delignification is indeed a defect and a major defect when it is deemed to have reduced the strength of the timber.

So When Is The Timbers Strength Considered Reduced?

Delignification is exactly what it sounds like. It is the removal or in this case then a breakdown of lignin in the timber. Lignin is what gives the timber its strength, it is the veins of the timber, the glue that binds it together. So of course, it would be common sense to say any evidence of chemical delignification would be enough to say the strength of the member has been reduced.

What If the Delignification Is Only in The Early Stages and My Inspector Deems It To Not Have Reduced The Strength Of The Member Yet?

A defect of significant magnitude where rectification has to be carried out in order to avoid unsafe conditions. Loss of utilities or further deterioration of the property. (Please see screenshot below)

What this translates to is that even if your inspector feels that at the time of the inspection. The delignification was not affecting the structural integrity of the timbers. The inspector is still under obligation to report it as a major structural defect due to the fact that it is going to continue to deteriorate.

Yes, Roof Battens Are A Structural Element of The Roof Frame!

I will Guide your eyes again back to the screenshot above. It provides the definition of a structural element 1.4.15. A physically distinguishable part of a structure. It then goes on to give a few examples. Ok so let’s break this one down for you and define the roof battens role so we can make a clearer determination.

Is a Roof Batten Part of The Structure and What Role Does It Play?

Yes, a roof batten is part of the roof frame!

A roof batten is most definitely a part of the roof frame as set out in the Australian standards 1684.2 timber framing guide. It has been argued by 1 or 2 building inspectors here in Perth with ulterior agendas.

Battens are put on by roof tilers and not carpenters making them indirectly part of the roof cover. Being registered builders, they should understand roof tilers when installing battens must refer to 1684.2. Timber framing guide.

Seeing as it is literally my business to do this, both roof carpentry and roof tiling I would hope I am i reputable source. Not to mention the research I have invested into chemical delignification itself.

The connection of any batten to the rest of the roof structure is also a structural connection. They are specified in as1684 and in product literature provided by steel batten manufacturers.

Actually, the most crucial structural elements in roofs under wind loads are roof battens and batten to rafter connections – for both timber and steel roof battens. If any are substandard the wind will soon find them and show us all.

So as for the debate into whether battens are a structural element or not, I think we have just put that to bed altogether.

Roof Battens are a Structural Element

Your roof battens help spread the load stresses. Such as wind (uplift and direct loading) and weight across the stick roof or roof truss system. For anyone else that would like to question it further please feel free to click this link look at 3.5.1.2 Roof Tiling. section c) Fixings for roof battens and batten sizes must comply with Part 3.4.3.

Performance RequirementP2.1.1 is satisfied for a timber frame if it is designed and constructed in accordance with the following, as appropriate: 1684.2 and 1684.4. I am not going to copy and paste the information here, instead, you can click the link at the start of the paragraph.

So, is Chemical Delignification A Major Structural Defect?

Yes, it is. Chemical Delignification is a Major Structural Defect!

Get a Free Quote

Check out our Get Ready for Winter Deal. !!!Quote Within 30 Minutes!!!
Learn more
This is default text for notification bar
Learn more